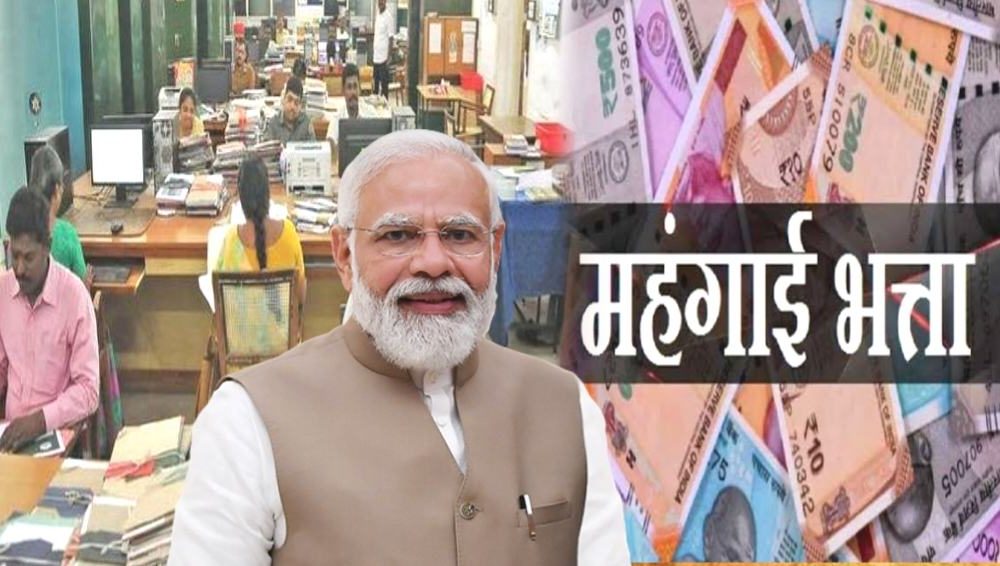 The Modi government has given a big gift to the government employees even before Diwali. Central employees, who have been hoping for a long time, will now get the dearness allowance of 38 percent. The decision was taken in the meeting of the Union Cabinet today to increase the DA by 4%, which is the highest in the last dozen quarters. Earlier, the average DA has been increased by only 3%, but this time the government has opened its treasury in view of inflation. Now 50 lakh central employees and 62 lakh pensioners will get DA of 38%.

This will be valid from July this year and the arrears of the previous month will also be given to the employees. The Union Cabinet had in March approved a 3% increase in Dearness Allowance under the 7th Pay Commission. Thus DA has been reduced to 34% of basic pay. After the increase in DA, the salary of the workers will increase between Rs 6840 to Rs 27,312. Dearness Allowance (DA) is given to central government employees, while Dearness Relief (DR) is given to pensioners. In March this year, the government revised the DA by 3% to 34% of an employee’s basic pay.

If DA is increased by 4% then DA has increased to 38% from the existing 34%. Presently government employees used to get 34% DA on their basic pay. At the same time, in other decisions of the cabinet, it was also announced to give bonus to railway employees. The government will give them a bonus of 78 days. In the meeting, discussion was held to extend the facility of free ration under the Garib Kalyan Yojana till December. Let us tell you that in July last year, the Modi government had increased the dearness allowance of employees by 11% in a lump sum. Thereafter, the effective dearness allowance was increased from 17% to 28%.

In fact, during the Corona period, the government had frozen the dearness allowance for three months, which was released in July last year. The government had frozen dearness allowance for January 2020, July 2020 and January 2021. After increasing the 4% DA, this time there will be a big increase in the salary. If the basic salary of an employee is 40 thousand, then after increasing the 4% DA, his salary will increase by Rs 1,600 every month. In this way, the total increment in one year will be Rs 19,200.