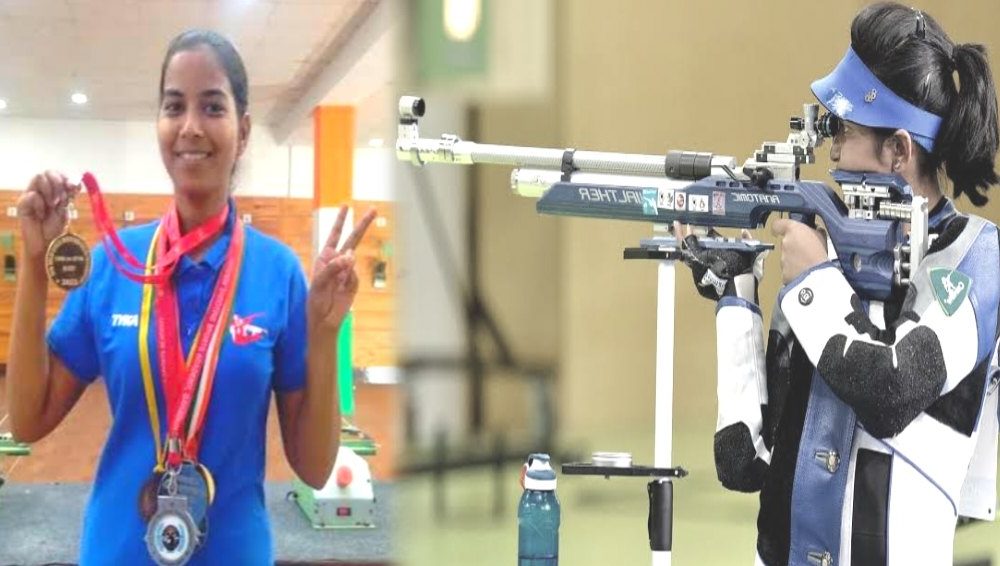 Shashi Pandey of Gopalganj district of Bihar has won the gold medal in the 37th State Shooting Championship held in Delhi. Shashi Pandey, a resident of Ojhavaliya village of Kateya police station area, participated in different categories of Gold 3, Pistol and Shotgun shooting in 10m Air Pistol. In which the pair of Shashi Pandey, Gayatri Kaur and Madhavi won the gold medal in the 10m Air Pistol team event by hitting a perfect target. Please tell that Shashi Pandey, who belongs to a lower middle class farmer family of Gopalganj district, graduated from Delhi University.

During college in Delhi, he got inclined towards shooting. Since then she never looked back. He has devoted himself completely to the shooting. In the last few years, Shashi has won dozens of medals and now she is preparing for the National Shooting Championship. He has made shooting his life goal. Shashi says that when she picked up the pistol for the first time, she was a little scared, but as soon as the target was hit, the fear disappeared and confidence increased.

That’s why I believe that it is very important for girls to come into sports. Shashi Pandey says that shooting is a very expensive sport, from pistol to bullet and training is very expensive. It is not possible for a girl from a middle class farmer family to bear such expenses. There are some difficulties, but my dream is to play for India in the Olympics and to illuminate the name of Bihar along with the country.